We empower students to speak with their own voices.
Read what they have to say about GROW! 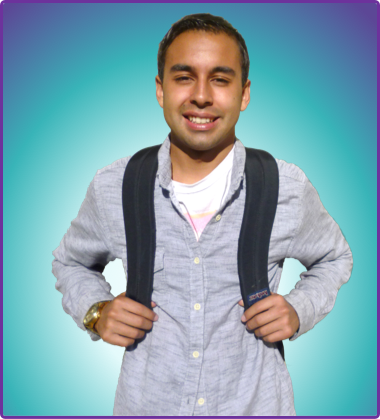 What was the partnership organization that delivered GROW’s curriculum?

Che participated in GROW’s curriculum at BYA. Their mission is to help children, youth, and their families address issues and problems via Prevention by reaching youth before their problems become crises, and via Intervention through the provision of support services to youth entangled in the juvenile justice system. BYA’s services are designed to shift so-called “individuals at-risk” into “individuals with promise.”

What was your life situation like when you first heard about GROW? How did you feel about school?

Before GROW, I would usually allow myself to become overwhelmed and quit when things got tough. Because of GROW I now find myself pushing through when times get tough. I now know that the reward of putting effort in is far more worth it than quitting. I went from getting D’s and F’s to A’s and B’s in school after attending GROW’s class.

I didn’t realize how habits in school will translate into habits in your adult life. Traditional school doesn’t focus much on habits, personal development, and the real world.

What did you learn from GROW?

To this day I still use the tools I learned from the class. GROW helped me lay out my goals, create realistic steps to achieve them, and boost my self confidence. I’m now able to tackle what may seem like an out of reach task or goal, and effectively break them down into smaller steps. I believe that every student should take the GROW curriculum in order to become a more organized, well rounded, and confident student. It instills the confidence, high self esteem, and happiness in order for a student to remain strong to succeed.

What else should people know about GROW?

GROW is a great way to connect with others as well. I remember working on the course with other classmates around my age and feeling more confident knowing that others are facing the same problems as myself. Being able to overcome self-doubt and succeeding through the course with other students was a great feeling. You never want to feel alone or that the world is against you, but it’s easy to slip into this mentality if you don’t remain strong. 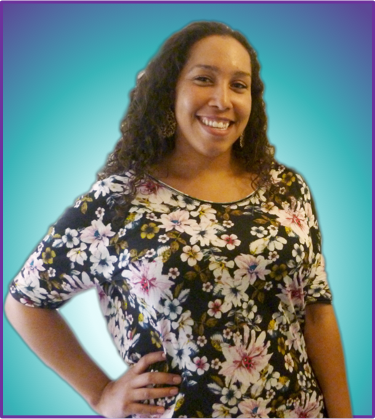 Hi Lindsay, please tell us what your life situation was like before you were introduced to the GROW program?

I was in and out of community colleges for years with no real direction. I felt lost and was not living up to my full abilities. I finally thought I had it all figured out and that I was going to be a Spanish interpreter. I gained the rest of my community college credits and transferred into UC Berkeley. Because I had changed my mind so often in the past, I definitely felt like I had to stay true to my word and follow through on this goal. So, when I got to UC Berkeley I became a Linguistics major with a minor in Spanish.

Life decided to throw me a curve ball and I found that I was not prepared -whatsoever- for the UC level of difficulty in my Spanish class…I was dropped down two class levels! *gasp* There was no longer any possible way I could complete the Spanish minor in the time allotted.

I dropped the Spanish minor all together and then I cried; I felt lost and so sad and worried. I knew the career path I carefully designed was changing, but I didn’t know how to start over. That is when I saw that GROW was offering a class to help students figure out what they wanted to do with their life.

How did you feel about seeing GROW’s offering in the course catalog?
I was so excited! Then I found out the class was at capacity. But I knew I HAD to get in. I needed GROW and apparently so did a lot of people. I came to find out this was the very first time this class was being taught. I decided to keep showing up until I was told I could no longer be in the class. I was not the only person that decided to show up anyways to see if I could get into the class. But ultimately my persistence paid off and I was officially let in. GROW wiped my tears, gave me a compass, and taught me how to navigate.

What did you gain from GROW’s workshops?
GROW’s class was a turning point for me. GROW is so much more than a career class. It is a class of self-discovery and self-love, and a class about appreciating the differences between you and other people. I learned about my natural gifts, and how to talk about them in a succinct way to potential employers.

I got solid guidance about budgeting, how to analyze my own resume and write a cover letter, and — after taking several personal inventory assessments — I received very specific suggestions of potential careers that would suit me. This was so helpful considering that I was starting from such a vulnerable place with no idea what direction to go.

Towards the final portion of the class, we didn’t just fantasize about the possibilities of jobs out there for us, we created an ACTUAL plan that we could put to use when the class was over. We learned how to create goals and the stepping stones to achieving them. When the class was over, we had something tangible that mapped out our plans and answered the question, “so, now what?”.

How would you describe GROW’s program at that time?
GROW’s teachings were interactive and engaging. I built relationships with my classmates. As we all learned about our leadership styles, workplace values, and our personality types together, we learned how different we all were and how interesting (and even exciting) that was. This taught us that eventually we will encounter these differences between ourselves and our prospective colleagues and employers.

What has your life been like since you created your personal roadmap for success with GROW?
After GROW’s class, I changed my major to Social Welfare. And after graduation I landed a job at a women’s residential treatment facility where I counseled mothers in recovery from drug addiction. I actually called GROW’s executive director, Nicole, crying tears of joy because I could not believe I found a job that was paying me to do something that I loved doing.

What should other people know about GROW?
I tell people this class saved my life because I learned way more than just a few ideas of careers out there for me. I learned to love myself. Plain and simple. I learned to live my life with passion and to celebrate my uniqueness. This aspect is what makes GROW a cut above other career classes and I am so grateful for finding them at the time in my life I did.

Your contribution helps us create stories like these.
Please make a donation and receive a tax deduction.

Bring GROW to Your Classroom

Invite your friend to visit our website to learn about our great program!